This weekend it was far too cold at the top of the mountain to ski so took in some films at the film festival. My favourites were Gabrielle which I watched Saturday afternoon. Sunday morning I watched "The Ridge" which documents the largest rescue attempt on the Himalayas. The picture below is of  my film festival buddy, Lynn & I with one of the actors in  Brent Butt's film "No Clue" Great scenes of Vancouver in Brent's detective comedy.
It was a most enjoyable weekend & unlike The Vancouver Film Festival I was able to get into all the movies that I picked!!!! I'm in for a festival pass next year for sure. 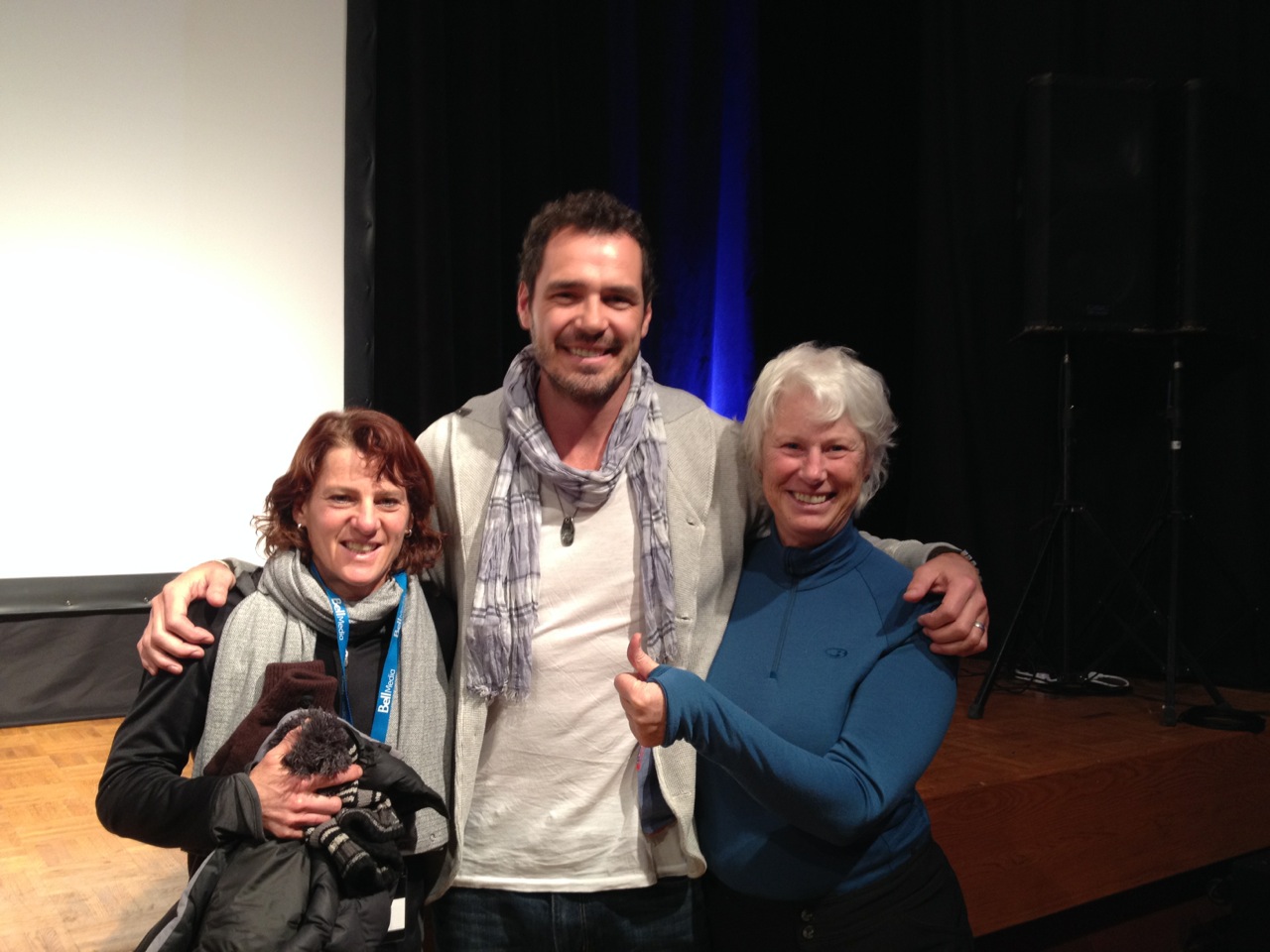 This entry was posted on December 9th, 2013 | Posted in General